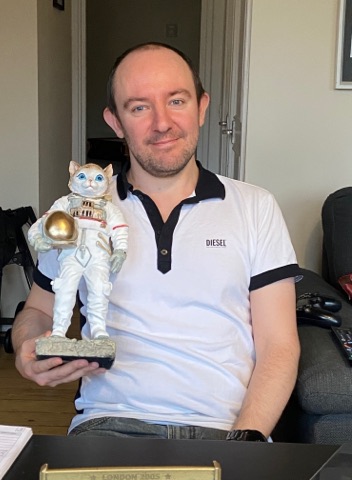 After 10 months, 7 rounds and over 100 matches, we finally have a winner: Brett Smitheram is the BEST of the BEST, triumphing 9-5 over Wayne Kelly in an exciting, but sometimes intense, final.

It's Brett's first victory in BEST, a title which had so far eluded him having narrowly missed out in two previous finals. The third time was perhaps a charm although it may have seemed like history was repeating as honours were mostly shared at the start with Wayne even taking a slender lead at times. After 10 games, the match was tied at 5-5 before Brett opened up the first real break to lead 7-5 overnight. When play resumed, he made swift work of things, taking the next 2 to clinch the title.

Brett had been a standout performer in BEST 2019 from the start dropping just 6 games out of 39 on route to the final, with an average ratings performance of 209. He has now won his 10th Major, the second in less than a year and joins Paul Gallen as the only player to have won two of the 2019 majors. Notably, in Brett's case they were the only two he entered with a large, tough field assembled for both. This win caps off a year which also saw him crowned the highest rated UK player for a record 5th time.

Highlights of the final match included 9-timers for both players. Brett struck first with SKEWBALD for a whopping 217 points, obliterating the previous BEST 2019 high word score in the process. Not to be outdone, Wayne slotted in PORTENTS four games later. Other more unusual words played by Brett included GASOHOLS, JAILBIRD, OVEREYES, VALGOID and VENERERS.

Here's Brett pictured after the match with his own makeshift trophy but we hope he will be presented with the real one soon. Congratulations to all other prize winners – a full list will be confirmed and made available in the coming days.

Entries are now open for the 2020 competition so come and join the fun! Entries close on 13th April 2020.